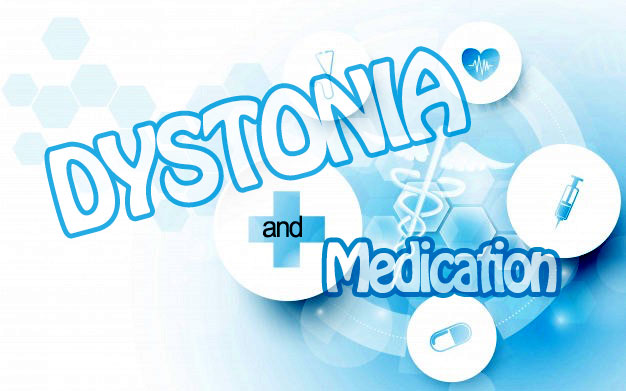 Well, I did try to tough it out when it came to the medication that the Movement Disorders Specialist/Doctor prescribed me, but I can not take it any longer. He first prescribed me to take 1.5 of it from the get-go. A dosage that my online research and even my GP agreed was not the recommended starting dosage. Talking with the Pharmacist and he couldn’t get the doc to lower the dosage. However, he did give me the lowest dosage and said follow whichever doc you trust, though he did print the dosage from the movement doctor on the label since he is the one who prescribed it to me.

So I followed what I had talked about with my GP. I started on the lowest dosage of .5mg for a week – that week went well, was a little extra sleepy during the day but not too much. Then the following week, I upped it to the 1mg that is when things started to happen.

Last week was a minor nightmare week for me I spent almost the entire week trying to stay awake, when all my body wanted to do was sleep – but not sleep directly. Sleep in stages, since my pain for as tired as the medication makes me pain overrides the medications’ ability to keep me sleeping.

The Movement Disorders Doctor wants me on it long term (at a min of 3mg), when its recommended to only be on it no more than nine weeks or used as a rescue medication – makes me question it even more. I am aware it is a common drug prescribed for Dystonia because it can help with the muscle spasms. Well, I can say that I have had fewer muscle spasms (night time-wise, the trimmers and jerking have stopped, so that is positive. But the other type has only decreased – that is positive. But the positives don’t outweigh the side effects that I’m experiencing.

I’ve been experiencing on the higher dosage – Constant cottonmouth, which was also extending into my throat, making it very dry and uncomfortable to swallow.

I’m even more unsteady on my feet than before starting the drug – as in I was already prone to falling, now I am virtually bound to using my wheelchair because I’m a total fall risk. It’s like I can’t control my muscles enough to keep me upright and stable (which is one of the effects of the drug as it is a muscle relaxer – but this degree of relaxation is hazardous to my physical health.)

Another thing that is not like me is I’m really temperamental and highly short-tempered, which is not like me. I can be irritable (as in PMS type), but this is worse than that. It is like one moment I’m enjoying what I am working on the next thing I get angry, and then semi explode (I try to calm down before I do, but that is a hit and epic miss at times).

Then there is the feeling of semi hyperactivity that is happening, a feeling that I do like. It makes me feel productive and more like how I was before my body started falling apart and making it known to me. But I also know that this could be a side effect of the drug (a positive one yes, but still a side effect).

I do have some confusion happening, mostly when Norman tries to talk to me when I am in a sleep state that I can’t seem to wake up enough from to take anything coherently. Proof of that is I had a complete conversation with a friend via messenger, and I have no memory of talking to her at all. I only know we talked because my phone showed that she called and that we spoke for over an hour before the call ended.

Another thing that has me concerned is that my pain and stiffness has increased, I can’t say how much but it feels worse then it was before I started the drug. Part of me is wondering if it is affecting things one of the positive side effects is that it is supposed to help lessen pain. However, the National Institute of Health doesn’t recommend it for any form of pain help.

I have found a few references that the drug can cause increased stiffness, for all that it is supposed to be a muscle relaxer. I’ve also read what is referred to as often overlooked neurological side effects associated with the drug.

Pain and Inflammation – is one that is listed. The thing is I have been experiencing this before I started taking the drug. But since starting it, the pain has increased to a level that I am trying to remember how it felt like before the increase in pain levels.

Another listed overlooked effect is Loss of appetite, well I’ve never been one to be overly hungry. Of late even Norman has said that I’m even less interested in food then is normal for me, so getting me to eat has been harder to degrees.

I’ve also been having waking moments during my sleep cycle when I am feeling nausea, and it feels like I am going to be sick to my stomach. I take a prescription version of Tums, and within a half-hour, the feeling goes away.

Before starting the medication, I already had sporadic numbness and tingling happening in my legs, feet, arms, and hands – but since the increase, this effect has also increased from occasion to more a daily issue.

As mentioned, Stiff Muscles and Joints is an overlooked side effect, it is one I am currently dealing with, to the point that it affects my ability to get out of bed, including shifting position in bed or when sitting.

Paralysis is yet another overlooked side effect, not something I needed to learn. I’ve been living with the sporadic-paralysis, before the medication, which is now worse than before.

I know I think I should stop the medication because of the side effects, and big-time since learning about the overlooked side effects. But part of me is like, maybe I should talk with my GP about the side effects and see if she thinks to stay on the base dosage (the .5mg) for a while longer would be a better outcome, or what.

Well its the weekend, so I won’t be able to call her till Monday – so I have the weekend to see how going back to the lower dosage plays out – but based on how it was when I woke up and needed to go back to sleep I don’t hold much hope for the lower dosage right this point in time.

Post more as time does allow for it, take care, everyone!

This entry was posted in Conditions, My Health and tagged Dystonia, Medication, Side Effects. Bookmark the permalink.