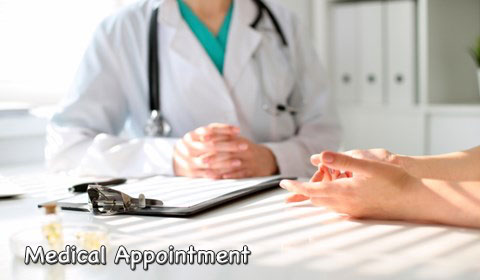 Saw my GP, was mostly a general overview and base touch.

I told her about dad’s diagnosis and we talked about my choice for his care over. She said from her palliative care background that I made a smart and well thought out choice. She told me of some of the cases she had over the years before leaving as a fulltime palliative care doc to just being a GP, she said she had a few with Alzheimer’s and that my choice was more thought out than others she had experience with.

I told her my thoughts are based on my up bring and my mom’s words that I happen to agree with on various levels. So applying my own views and that of my moms to my dad is incredibly hard to do, since I have no idea what his actual wishes are in its regards (and now he has not cognitive function to even understand it, so asking him hits a roadblock, he just comes back with “whatever you feel is right” or if asked directly I get “I don’t know” which is anything but helpful!

She did ask if we had ever talked about it, and in all honesty, we never have. Even when mom died and he was with Norman running around the make her funeral arrangements he never once told me what he wished, he said that he was going to work on it (but of course he never did). I had asked back then what he might wish, but he just never wished to talk about it (figured because of mom’s death he wasn’t ready to go in that direction – sadly he never would be ready to go in that direction).

So her talking and point of view did help me with feeling better about my choices, I know people have said I made the right choice and the palliative care people over the phone said it also, but having my own doctor understand and even agree somehow makes me feel better about my choices (doesn’t stop the internal conflict but it does help me feel like it is correct).

After that was taken care of my feelings to the matter, we went over the neurologist report in regards to what was found during the Electromyogram (EMG) and Nerve Conduction Test that the Nuro ran on me on May 15th of this year. My GP did confirm that he did write Dystonia on his report (so it is on my official medical file as an official diagnosis) just says that he isn’t sure what type I have (Acquired, primary or Idiopathic) and that that he is ordering an MRI (full body) before continuing further.

She took that to mean that he is still trying to rule out other conditions, such as MS (which one neuro had ruled out – or so I thought). But since there are many other conditions that can cause issues outside of the dystonia (or cause it for that matter) she feels he is being through to cover and cross all the I’s and T’s.

But this leaves me in limbo land for treatment, as she doesn’t know what she can to do help me, outside of agreeing with him that I need a Wheelchair asap to help with my mobility issues and prevent further breaks as is possible to do so (since I broke my wrist do to my legs giving out on me while walking the dogs).

The appointment concluded with her giving Norman and I the flu jab – which was strange as for the first time the jab was actually painless (I’m so used to my old GP doing the jab, that I was shocked when she was finished and I hadn’t even felt the pinch – I can’t even give myself insulin without a bit of a pinch some of the time).

At any rate, hope everyone is doing well – post more as time does allow for it, take care!