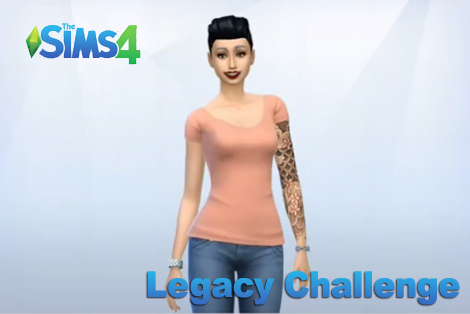 Well started doing the original challenge years ago in the original sims, I have never been able to get to more then two generations without the lead ending up dead in short order, even in Sims 3 I never was able to make it work without lousing the founder or the backups in very short order. So trying to again in Sims 4 and I did a version of this already when I first downloaded it back in November of 2020 and I had only managed to get 1 generation in and that’s as far as I was able to get with that particular one, so here I am trying again, but with a more limited deal instead of trying to incorporate into my game play a LOT of different elements I am going to treat each generation as its own as its own separate Let’s Play style and with luck that will mean that I will be able to make it to 10 Generations without everything getting killed off in one kick of the cat.

So in this challenge I am in part following the general guidelines from the web site Sims Legacy Challenge which is reported to be the original version of the challenge (can’t really say if it is or isn’t but its got enough traction that it has enough resources that it seems worth using as the base for my game play).

I have been playing the Challenge since the start of April 2021 and I’ve chosen to lousy following what the web site has and am doing the…
*Gender Law of Equality which means the founder of each new generation may be of either gender. Both boys and girls are eligible for the title of heir.
*The Bloodline Law of Traditional which means that Children who are naturally born from the previous generation are eligible to be named heir. Unfortunately this means that adopted children are ineligible to be named heir unless there are no naturally born children, at which point they become eligible for that generation.
*Heir Law of First Born which means that the oldest, by order of joining the family, eligible living child is named heir.

You can follow me either Live when I stream from my Twitch Account when I broadcast (I broadcast daily, but it isn’t all about the Legacy Challenge, I also have other Sims 4 stuff I play, plus Minecraft and other games and such) or you can go and watch things after it has been recorded and uploaded to my YouTube Channel, under Legacy Challenge.

This entry was posted in Gaming. Bookmark the permalink.