Well, Put the order in on Tuesday, was going to do it Friday when our worker said that she had put the order in. When I called Tuesday, becuase I slept though Monday and totally forgot about it the person from Dexcom that I spoke with said that the approval order had just come though at noon (so despite the worker saying it had been sent in the AM on Friday it didn’t get faxed to Dexcom until Noon Tuesday – Ummm ya that is not a good delay.

Then this morning I got an email saying that FedEx was picking up the order for delivery, so was expecting to get it later today or tomorrow, was pleased that I did come in today.

The steps to getting it working are straight forwards, however, it isn’t as simple as it would seem. So far I have tried to get the blasted receiver to connect to the transmitter 3 bleeping times and it can’t bloody well see the freaking transmitter it keeps telling me when the receiver is only a few inches away from the blasted transmitter itself!

So far the G6 is in the negatives for being a good experience, it’s actually worse than the G5 for connecting at this point in time. 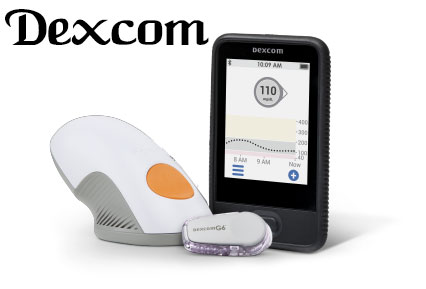 On February 18, we hosted a webinar with Dr. David Grimes on the topic of Pain Management for Dystonia. A recording of the webinar is now available on our website. Please click the link in our bio or go to https://dystoniacanada.org/events/supporting-dystonia-patients-during-covid-19-pandemic-with-dr-grimes to watch today!